A song that never fails to rip my heart out: Eric Bogle's "And the Band Played Waltzing Matilda" (PDF):

So they gathered the crippled, the wounded, the maimed,
And they shipped us back home to Australia.
The legless, the armless, the blind, the insane,
Those proud wounded heroes of Suvla.
And as our ship pulled into Circular Quay,
I looked at the place where me legs used to be.
And thanked Christ there was nobody waiting for me,
To grieve, to mourn, and to pity.

But the band played Waltzing Matilda, as they carried us down the gangway.
But nobody cheered, they just stood and stared,
Then they turned all their faces away.

Today is actually the 90th anniversary of the end of hostilities in World War I. In honor of the occasion, the Guardian has been featuring poems and other writings from "The Great War." I remember reading the likes of Wilfred Owen and Siegfried Sassoon when I was a kid. Decades later, it's still like a kick in the stomach.

I knew a simple soldier boy
Who grinned at life in empty joy,
Slept soundly through the lonesome dark,
And whistled early with the lark.

In winter trenches, cowed and glum,
With crumps and lice and lack of rum,
He put a bullet through his brain.
No one spoke of him again.

You smug-faced crowds with kindling eye
Who cheer when soldier lads march by,
Sneak home and pray you'll never know
The hell where youth and laughter go.

Dunno when I'll get the spirit back for dailies, but here's a contribution for the weekly fun. 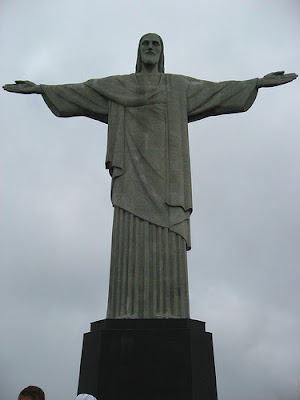 Jeez, every time he tells that story the fish gets bigger. 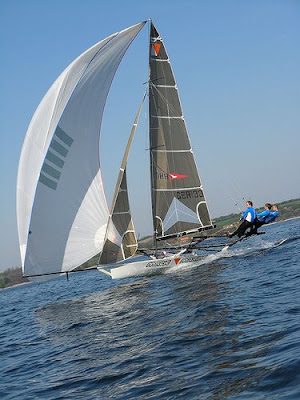 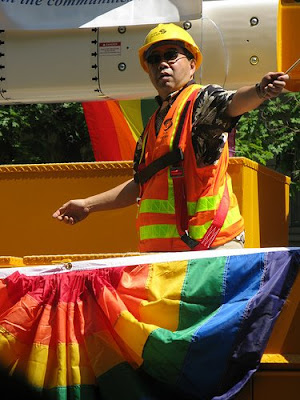 At gay pride parades, some protesters inadvertently become their own living lolcats. "Sex! Ur doin it wrong!" 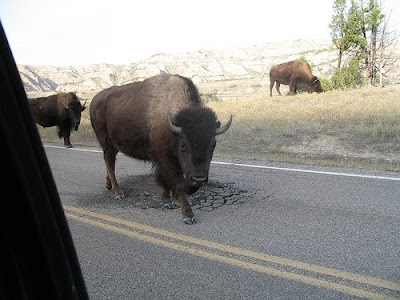 As native South Dakotans know but tourists learn the hard way, in a contest between a buffalo and a Hyundai, bet on the buffalo. 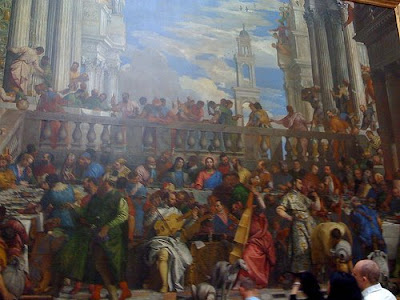 "Hey, who's a guy have to resurrect to get a little service around here?"
(Images originally uploaded by pikamookie, skiff_event, .scarlet., chingchongtwang, and mochilog; Random Flickr Blogging explained here.)

I'm sorry to be silent for another week, but I'd already been fighting a cold when last Tuesday rolled around, and staying up late to watch THE CRUSHING VICTORY!!! aggravated it big time: I woke up on Wednesday with a scratchy throat, a nasty cough, and a voice that quickly went from gravelly to gone. So I was pretty much miserable for the rest of last week, though for a change in an even-year November it wasn't because of unhappy election results. For the first time in my voting life, I live in a blue state—though still in a disturbingly red county (55% McCain, 44% Obama—yikes). Oh well. Be happy for a small return to health and for a big step toward national sanity. Meanwhile, my cold seems to have been transmitted over the internet to the good Generik. Sorry, man.

I'll be back in a bit with something for Random Flickr Blogging and something for Veterans Day. Meanwhile, DO NOT MISS this excerpt from "100 deconstructions of the Republican logo" by Thomas Fuchs (h/t C&L). It's graphic genius.

I can't decide which one is my favorite: the elephant as Serpent, the elephant committing seppuku, or the elephant walking away from its own brain. It's an embarrassment of riches!

There were no lines at my local polling place as of 1:00 p.m. Eastern. Dunno if that's a good sign or a bad sign, but I'd incline toward good since this area leans Rethug. Speaking of signs, John Nichols has an excellent piece on what to look for hour by hour tonight as the polls close and the punditry ramps up.

As for me, I've got my little "I Voted" sticker—and I'm still tingly all over.

Well, having lived to see a black man win a major party's nomination for POTUS, if we make it through today, we may yet see a black man elected POTUS. Barring something like Greg Palast's "How McCain Could Win" scenario, anyway. And given that pretty much every major poll for many weeks now has had Obama ahead, often by substantial margins—well, if McCain and Mooselini magically manage to pull off a victory tonight anyway, the protests are already being prepared for tomorrow. And beyond.

I've had a cold for most of the past week, but I feel warm today. Gonna go out and vote! Something about the ritual of gathering with my fellow citizens in a tradition that goes back to ancient Athens (though we have vastly improved upon it) just makes me tingly all over. And today, there is so very much at stake. Dunno whether I'll turn to the MSM for the returns tonight or whether I'll go online and watch Democracy Now!'s special coverage, but frankly, Amy Goodman and Juan Gonzalez sound like much better company for the evening than Katie Couric and Jim Lehrer.

Countdown to the end of Joe the Plumber's fifteen minutes in ten...nine....