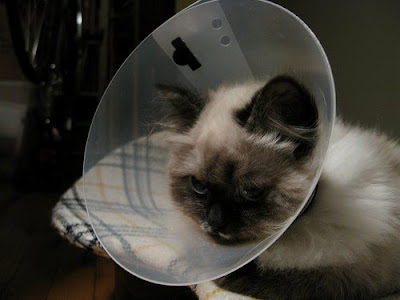 After a decade of delays and some $4 billion in cost overruns, Congress was delighted to finally see the CATDAR program yield a working prototype.
(Image originally uploaded by paulschlachter; Random Flickr Blogging invented by Tom Hilton.)

The Empire Part or the Rational Part?

I don't know how much attention the police-state clampdown in Minnesota will get in the mainstream media, but it's a safe bet that Democracy Now! will give it plenty of attention—not least because one of their producers has apparently been caught up in it. Go here early next week if you start thinking that you've woken up in China or something.

Meanwhile, one of the best meditations I have yet seen on the Palin choice is Jonathan Schwarz's. Check it out.

Here's a threefer for yesterday. 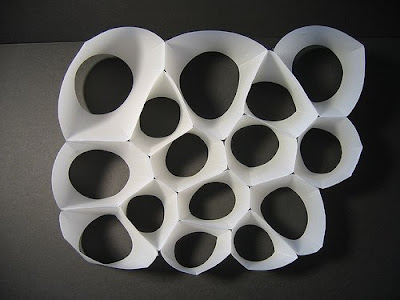 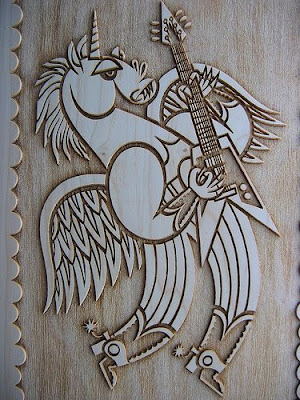 If Otto from The Simpsons had a coat of arms. 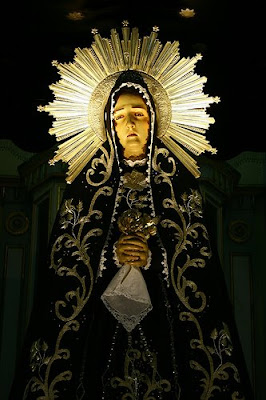 In other news, reports of miraculous noises emanating from a statue of La Virgen de la Soledad turned out to be just her headpiece picking up Sábado Gigante. Now this.
(Images originally uploaded by Heidi Theunissen, fiddytwoeightylasers, and .::kuervo::.; Random Flickr Blogging invented by Tom Hilton.)

I'm finally having a chance to catch up with The Daily Show's Democratic convention coverage. This segment is a minor masterpiece. I swear, sometimes, these people just do not miss a single beat:

This is for Friday. 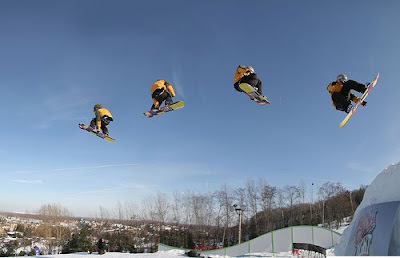 The extramusical antics of the EXTREEEEEEME! Quartet not only failed miserably to interest young people in the Razumovskys but also inspired death threats from chamber-music traditionalists.
(Image originally uploaded by simply complicated; Random Flickr Blogging invented by Tom Hilton.)

Not Even If He Were Running with Michael Palin

Well, after a monthlong sojourn in a rehab center/nursing home that my friend jules has already heard me refer to only half-jokingly as Disconsolate Health Care, my uncle is finally back in his own place. I took him home on Friday—a day I largely spent (a) waiting to hear back from his "doctor" and (b) picking him up, filling out paperwork, and getting him reestablished in his apartment, which is why I never got around to DRFBing or anything on Friday. And my dang IE crashed yesterday in the middle of a post, so I just said "scr*w it" 'til Sunday. So here we are.

My thoughts go out to anyone in the path of Gustav. We're feeling his winds this weekend even on the east central coast of Florida—and we're nervously eyeing Hanna, though she looks to be a walk in the park compared to Gustav. This third anniversary of Katrina is turning out to be particularly unpleasant, huh?

The blogosphere (and particularly C&L) is all over McCain's perplexing choice of Sarah Palin as running mate, but so far, my favorite comment is from The General: 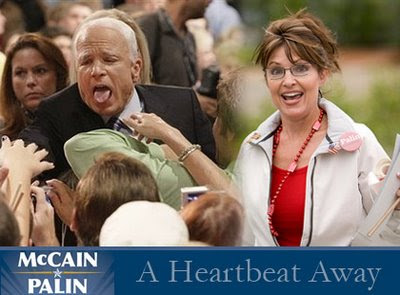 I honestly can't see how this pick helps McCain at all. Are they really hoping they'll pick off a substantial number of disgruntled Hillary voters just by adding a woman to the ticket—even a woman whose views are, for the most part, diametrically opposed to Hillary's? Do they think they'll pick up more support from disgruntled Hillary voters than they'll lose from pragmatic voters who are turned off by Palin's meagre experience in government (about which see this post that's been making the rounds)? I mean, by picking Palin to be "a heartbeat away" from the presidency, McCain just surrendered one of the few respectable arguments he has against Obama: lack of experience. Polling Report has up an 8/29/08 USA Today/Gallup poll that shows that a respectable 46% think the choice of Palin was "excellent" or "pretty good" and has 18% saying that the choice will make them "more likely" to vote for McCain; however, the same poll shows 11% saying "less likely" and 67% saying it will have "not much effect" on their choice—and clearly, this poll was taken before most people knew much of anything about Palin's negatives (such as Troopergate and this painful radio performance). The same poll also has 51% of respondents saying they have "never heard of" her. I cannot believe that the McCain/Palin favorability numbers are going to go up as more information about her comes out. The choice really is baffling.

Not that I'm complaining, mind you. A little bafflement is a small price to pay for hastening the end of The ChimpCo Years.

I'll be back in a bit with some DRFBing. Happy Labor Day Weekend! 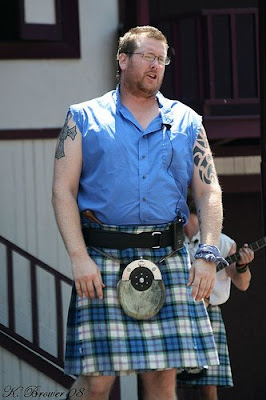 Well, here it is Thursday and my uncle is still not going home. I've been spending the day wrestling with the mysteries of what I can only call the corporate "health care" "system" and wondering why it's so hard even to get the so-called doctor who's so-called superintending my uncle's so-called care on the ****ing phone. Gaaaaaah.

Meanwhile, if the judicious John Amato is to be believed, I ain't missin' much by not watching the Democratic Convention on cable teevee:

Every time I turn on the TV and watch CNN and FOX (my hotel doesn’t get MSNBC) every Republican operative controls the dialog and direction of the panel discussion and it’s disgusting. Just one example—Hillary Clinton gave a brilliant speech last night, but every Amy Holmes-type talking head throws as much cold water on the speech as he or she can. The result is that the Dem talkers spend the rest of the time disputing the outrageous claims made and thus the GOP controls the entire framing and the entire segment. It’s shameful that the networks are allowing this to happen. I saw Jeffrey Toobin tell Amy that she was out of her mind with some of her comments and the discussion continues to that end. Soledad O’Brien comes back and says “well, that was a lively discussion.” Oh, no it was not. It’s a calculated ratf&@k. This is going on all day and all night.

It really is just a neverending parade of RNC talking points. Even Drudge behaves better these days.

No, actually, I don't wonder all that much.

Let's see if we can't get going on this again, too. And with a repeat number, no less. 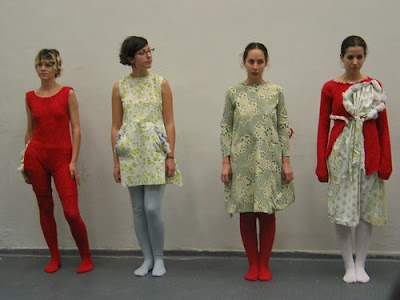 Meanwhile, behind a two-way mirror at Fashion Police HQ: "OK, ma'am, take a good look. Is one of these the one who mocked your choice of floral prints?" "Yes. The one with the glasses." *disgusted whistle* "Like she's got anything to snark about." "Oh, I know."
(Image originally uploaded by Maria Elper; Random Flickr Blogging invented by Tom Hilton.)

OK—stand back while I apply the electrodes to this thing and try to zap it back to life.

OK. Mmm-hmm. Ahem. *adjusts hair* *adjusts tie* *adjusts underwear* Actually, I'd wanted to kick-start this thing again last week, but Tropical Storm Fay intervened. Ye gods, what a bitch. At first, all the forecasts had her hitting on the west coast of Florida, no big deal for us on the east central coast. Then the forecasts kept shifting east, and she was going to go through Orlando, and then she was going to go through Titusville, until finally she wound up coming right at Melbourne, parking herself offshore for a couple of days, and drenching us with about two feet of rain: lots of flooding, schools closed, etc. Long story short: I will never scoff at "a mere tropical storm" again.

On top of other things, I've also been dealing with my elderly uncle. He had a bad fall about a month ago—bad cut on one hand, broken thumb on the other hand, and two cracked vertebrae in his neck—and has been in hospital and rehab ever since. Supposedly, I'll be taking him home tomorrow. After several weeks of rehab center living (and rehab center food), I know he'll be glad to get back to his own apartment, even if he still has some weeks of recovery ahead.

I haven't seen much of the Democratic Convention yet—I hope to catch the Obama and Springsteen show tomorrow night—but I have been listening to the coverage on Democracy Now!, which has expanded to two hours daily while covering the conventions. I don't have cable, so the blabfests on CNN, Fox, and MSNBC are, mercifully, not an option, nor do the old-time networks hold much appeal—not even PBS, as the thought of "analysis" by Mark Shields and David Brooks makes me throw up a little just typing this. *urp* Anyway, those looking for serious convention coverage could do a lot worse than to tune in to DN! this week and next. Highlights so far:

Oh, and apparently the innovation in "security" this year is police officers who are kind of, um, secret:

JACOB [from Berkeley Copwatch]: 99 percent of the officers tonight that are operating—look behind me—have no identification, which is against the law. An officer has to be identified by a badge or a nameplate. If you look behind me at all these sheriffs, there is not one of them identifiable. As you can see, these guys could hurt us at any given time, and we would not know how to hold them accountable. We can’t identify these guys. These guys are operating with complete impunity.

EILEEN CLANCY [I-Witness Video]: Well, what we saw last night was that people had planned to be out in the streets demonstrating, and the police obviously were aware it, because they were out in huge numbers. Some people have told me they think that the police outnumbered the demonstrators as much as two-to-one or more.

The police, in the last couple of days in Denver, have been carrying extraordinary array of armaments. The federal government gave Denver $50 million for security, and the police are wearing all spanking new uniforms and riot gear and carrying grenade launchers for teargas and things like that.

But one of the things we’ve seen that’s really troubling is that, well, last night, I have never seen so many police officers with so little identification. We have provided photographs of police officers not wearing appropriate identification and nameplates to the ACLU and the People’s Law Project here in Denver, and they are doing an investigation of it.

One of the people from Rochester Indymedia told me that he saw essentially sort of a plume of smoke over the demonstrators that were boxed in by the police, so they were trapped. They were not allowed to leave. They were not given a dispersal order. One of our camera people spoke to a police officer, asked what type of gas, and they were told it was CS gas. This is the kind of thing—it’s quite dangerous, of course, to use on, you know, just the random members of the public. So it’s—there were ninety-one arrests at that location.

What we had seen for the prior couple of days is very few arrests but a tremendous amount of harassment: vehicles being stopped; identification being requested; searches being done on vehicles and people without consent; people thrown down on the ground in handcuffs, held for awhile and then let go.

And part of the problem is, when they just let them go like that, there’s no really record of who that police officer was, what the basis for the detention was. And, you know, you can’t even really sue. What the heck are you going to do? You don’t know who stopped you, almost. You don’t know what it was about. But it’s very intimidating. It’s very much harassment. In some cases—in one instance, at least, one group of people was told they were on a terrorist watch list. So those people—some of those people were detained, and some of those people have been arrested.

Of course, Democracy Now! was the first place I heard about the "Gitmo on the Platte" revelations. Listening to them sometimes is like hearing the slow death rattle of America, I swear. But it's still preferable to Chris Matthews.